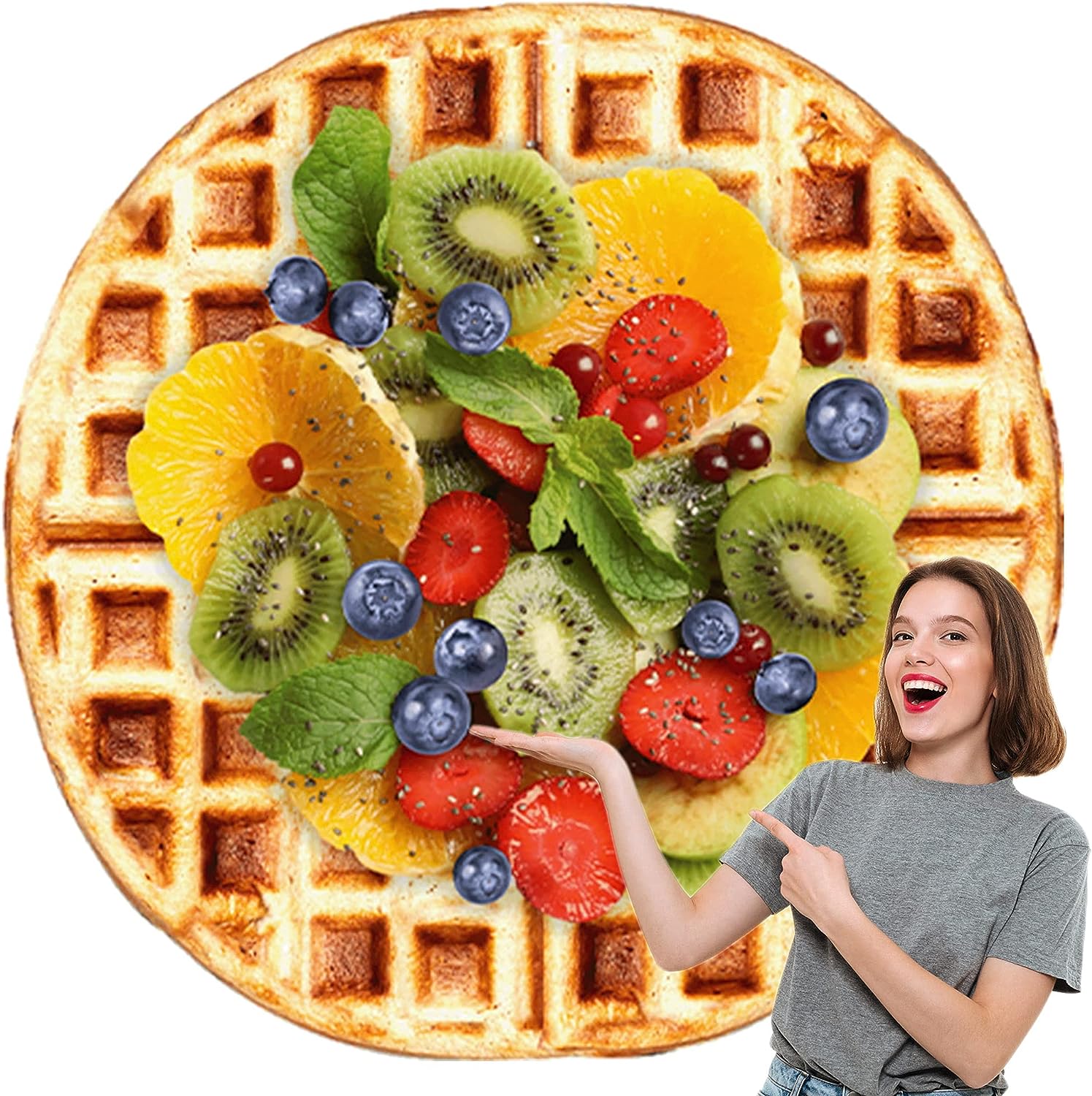 Get a Multi-purpose Blanket

What to Expect from BATTILO HOME

It doesn't seem like it would have been possible to sit down while wearing it.

Either an eensy-teensy chopping block and cleaver, or a very large can of tuna.

As Grants department store lurched towards bankruptcy in the mid 1970s, its senior management instituted a program to motivate store managers to meet sales goals — with a particular emphasis on trying to get more customers to sign up for credit accounts. This program involved using "negative incentives," which was a euphemism for publicly humiliating managers whose employees didn't meet sales goals. Details from Leadership Theories and Case Studies by Garry Wade McGiboney:


The employee motivation plan was labeled the "Steak and Beans" incentive program. It focused on motivating store managers to meet their sales and credit quotas each month. However, it was based on negative incentives instead of positive motivation. Managers that did not meet their sales and credit quotas received a visit from a regional manager who would gather all of the store employees together and in front of them slam a pie in the face of the store manager for his failure to meet quotas. Other negative incentives included cutting the underperforming store manager's tie in half, requiring managers to push peanuts with their nose across a table, and making managers run backward around the store...

Stories of the company's focus on outrageously negative motivation seemed exaggerated, but court documents from bankruptcy hearings confirmed the stories. At the time, W.T. Grant's bankruptcy was the second largest in business history...

The negative motivation led to store managers threatening and intimidating their store employees to the point that they were giving credit to almost every customer without any effort to discern if the customer had the means to pay the credit card bill. This negative-based practice spiraled out of control and eventually put the company in debt of over $200 million in unsecured credit.

According to newspaper reports from the time, one store manager was forced to walk around a hotel lobby dressed only in a diaper. Another was thrown into a blow-up swimming pool full of ice.

And sometimes these humiliations were forced upon store managers even if their employees met sales goals, because the company executives "believed it would somehow motivate employees if they saw the boss suffer some indignities." So really, whatever the managers did, they were going to be humiliated.

Despite a Federal history of discouraging DIY explosives handbooks, the OFFICE of SURFACE MINING RECLAMATION and ENFORCEMENT is happy to host their own explosives guidebook online.

Back in the 80s and 90s, Jay Schiffman had big hopes for his AutoVision system, which allowed a person to watch TV while driving a car. His device projected the image onto a small mirror positioned on the windshield, so that the driver could look at the road and a TV show simultaneously.


Schiffman says he was surprised to discover that television improved the drivers' concentration. He believed the moving and talking images enticed the drivers to keep their eyes on the road as they peeked at the projections in front of them.

In addition, the images kept the drivers alert, he said, stimulating their sympathetic nervous system, or fight-or-flight response.
I don't think many people were convinced by his argument. But maybe self-driving cars will create a new market for his invention.

Paying Back Your Parents

In the news recently was a story about a teenager whose parents asked her to pay back her school expenses:


When she was 15, her parents sent her to a private school for a couple of years, convinced she needed straightening out due to her rebellious behavior. Now that she is more mature, they expect her to pay back thousands of dollars in school fees.
This reminded me of the story that the artist Ernest Thompson Seton told in his 1940 autobiography (Trail of an Artist-Naturalist). He claimed that when he turned 21 his father presented him with an itemized bill for $537.50, which his father said was what it had cost to raise him, including the doctor's fee for his delivery. His father expected him to pay it.

According to Seton, he briefly considered paying the bill, but then decided against it, figuring he needed to keep all the money he had to establish himself as an artist.

Miss Margaret Gorman presenting the wooden loving-cup to "Miss" Alexandria, winner of the Advertising Club's "beauty" contest, held at the Raleigh yesterday. In business life pretty "Miss" Alexandria is Sylvan Oppenheimer. "Miss Congress Heights," the young "lady" with the rolling pin, is Allan De Ford. The debonair "Miss" Georgetown is Sidney Selinger and the charming young lady with the raven locks, "Miss Four-and-a-Half Street," is none other than Paul Heller] [1921 September 21]

Irénée du Pont was president of the Du Pont Company from 1919 to 1925, and remained on its board of directors until 1958.

He built a mansion named Xanadu down in Cuba, where he trained iguanas to attack and kill on his command. Details from Du Pont Dynasty: Behind the Nylon Curtain by Gerard Colby:


the most bizarre of Irénée's pastimes was his large collection of iguanas. Irénée spent thousands of dollars to breed, feed, and keep these crocodile-like lizards in specially constructed pens. Some of these tough, vicious lizards grew to 3 feet in length under Irénée's loving care, and more than once the old industrialist was seen marching about with one of these ugly beasts crawling next to him on a leash. Irénée derived a peculiar kind of pleasure from these lizards. By barking a command, he could make them all come out of their pens and surround him, standing at attention. He had trained them, on another command, to attack a target to kill. It was an appalling example to the Cubans of the degeneracy of the idle rich. In a moment of the bizarre captured for history, a Life photographer in 1957 recorded old Irénée feeding his iguanas papaya from a jar at a time when most of the Cuban population was suffering from malnutrition.

"Irénée du Pont, 80, bends to pat an iguana on his Cuban estate where many of these lizards wander. He feeds them papaya from jar he holds"
Life - Aug 19, 1957

Video below in Italian only.